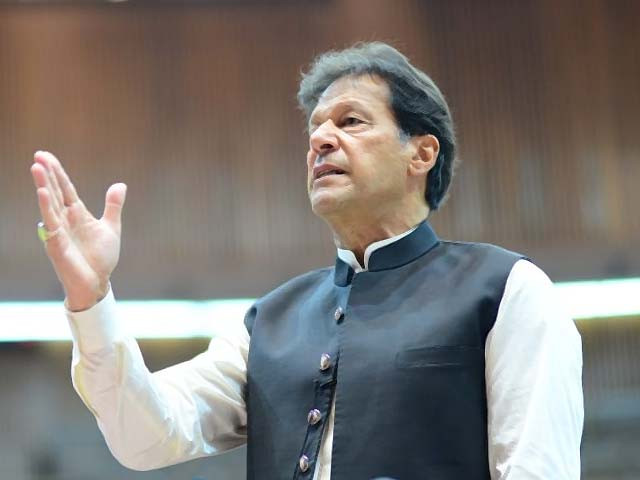 Why is PM Imran Khan considering talking to Baloch insurgents?


This isn’t anything controversial but simply a statement of fact that aligns with the basics of Hybrid War theory
Prime Minister Imran Khan surprised many observers when he suggested that he might hold talks with some Baloch insurgents who hold certain grievances. Balochistan has regrettably remained chronically underdeveloped and largely neglected since Pakistan’s independence, which Khan blamed on prior administrations prioritising their political interests over national ones. He therefore vowed to focus more on the province’s development and promised that CPEC was the key to achieving this ambitious goal. Talking to certain insurgents who might hold objectively legitimate socio-economic grievances could also pre-emptively thwart any prospective Indian plan to intensify the Hybrid War on CPEC following the US’ withdrawal from Afghanistan.

Those who follow Pakistani affairs should already be very familiar with the plethora of evidence that Islamabad has publicly presented in support of its accusation that New Delhi clandestinely supports Baloch militants that the government regards as terrorists. The purpose of this piece isn’t to review such proof but to explain its relevance to Khan’s implied proposal. At their most basic level, Hybrid Wars are the external exploitation of pre-existing identity conflicts – mostly ethnic, religious, political, socio-economic, and regional – in order to indirectly pressure a targeted government into carrying out a range of unilateral concessions up to and including regime change or even a “regime reboot” (far-reaching constitutional reform).

Khan was quoted as saying that “It is possible that they [insurgents] have grievances and India [can] use them to spread anarchy.” Unlike how some are portraying it, this isn’t anything controversial but simply a statement of fact that aligns with the basics of Hybrid War theory. The premier is referring to how India exploits Balochistan’s socio-economic underdevelopment in order to encourage desperate individuals to fight against their government driven by the false hope that this will ultimately lead to an improvement in their living conditions. In reality, however, the most powerful Baloch militant leaders live of luxury abroad while the rank-and-file fight and die as part of a foreign power’s proxy war against their homeland.

What Khan seemingly wants to do is neutralise India’s most powerful recruitment tool, which is Balochistan’s socio-economic underdevelopment and the perception (key word) that some of its people have of being left out of relevant processes, especially those regarding CPEC. India takes advantage of these through its information warfare campaign in order to inspire desperate individuals to ruin their lives in the previously explained manner. New Delhi sometimes scores success in this respect because Islamabad hasn’t made all Baloch feel like equal stakeholders in the Belt & Road Initiative’s (BRI) flagship project. With Pakistan’s new grand strategy of geo-economics in mind, Khan hopes to finally resolve this perception problem.

As can be reasonably extrapolated from the fact that geo-economics will now officially take precedence over geopolitics when it comes to the state’s policy formulations, the Pakistani leadership will probably pay more attention to the root socio-economic causes of domestic difficulties, especially among minority groups along its periphery. It therefore follows that Khan might be planning to eventually unveil some proposals for further enhancing direct stakes in CPEC for the Baloch, perhaps through forthcoming job training & placement programs (JTPP). If coupled with responsibly implemented policies that prioritise elevating representatives of this ethnic group to leadership positions on meritocratic bases, then the perception that India exploits might disappear.

The innuendo about potentially holding talks with certain Baloch insurgents implies the de facto division of those militant forces into “good/misled” and “bad/terrorist” camps. The first category could concern those who haven’t committed any acts of terrorism but joined armed anti-government groups after being misled by a foreign information warfare campaign that exploited their difficult socio-economic situations. The second one might comprise those who are in direct contact with hostile foreign powers and/or committed acts of terrorism. For this policy to succeed, the state must already have a plan in place to provide credible JTPPs to those who agree to lay down their arms in order to effectively reintegrate them into society.

It’s here where China could possibly play an important role. The People’s Republic has plenty of experience training people to work on its various BRI projects across the world. Beijing might contribute to footing some of the bill for these JTPPs as well as providing the actual services involved in such programs. Should this happen, and considering the grand strategic importance of CPEC with respect to providing China with direct access to the Indian Ocean Region (IOR), then the People’s Republic might promote its efforts as part of a larger initiative that could eventually be referred to as BRI-Aid (China’s multipolar version of USAID) and subsequently implemented in dozens of other countries upon its eventual perfection in Pakistan’s Balochistan province.

Altogether, what’s being proposed in this analysis is “Democratic Security”, or counter-Hybrid War tactics and strategies (particularly those implemented pre-emptively). Seeing as how Hybrid Wars are the external exploitation of pre-existing identity conflicts, more often than not some form of socio-economic one that was unwittingly worsened by the targeted state’s own prior policies, it makes sense for Khan to prioritise Balochistan’s relevant development in parallel with considering talks with certain categories of Baloch insurgents (“good”/misled ones). Pakistan must nip any incipient intensification of India’s Hybrid War on CPEC in the bud in order to ensure the country’s long-term geo-economic interests in the Multipolar World Order.