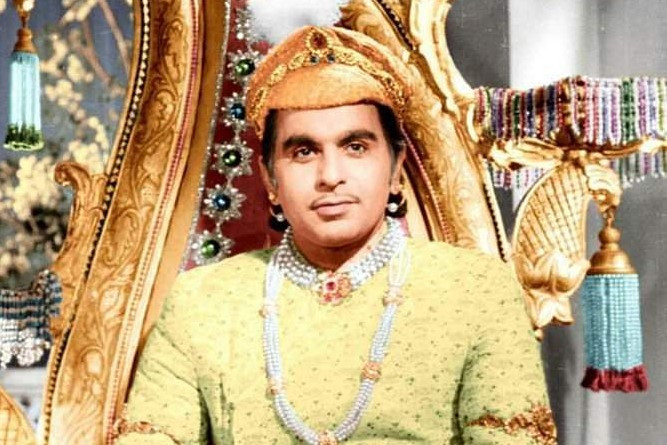 Dilip Kumar, the last surviving member of the 50s star triumvirate that dominated Indian cinema during the mid of the twentieth century, passed away on Wednesday. He was 98. Along with actors Raj Kapoor and Dev Anand, Kumar ruled the screen of independent India in its infancy, and his influence crossed the border into Pakistan with ease.

Born Muhammad Yusuf Khan in an undivided India in the city of Peshawar in 1922, Kumar adopted his new name at the behest of Devika Rani, actor and founder of Bombay Talkies, who discovered Kumar as he tended to his father’s fruit stall in Bombay. Sooner than later, with no formal training in the performance arts, Kumar brought method acting to Indian cinema; his depth and range as an actor are in many ways unparalleled.

The Devdas actor immersed himself fully in his characters’ convoluted worlds, taking on their lives as his own, which more often than not met tragic ends. His much-publicised and unrequited romance with his Mughal-e-Azam co-star Madhubala, who died at the age of 36 after a tumultuous relationship with the actor, added to Kumar’s tragic mystique.

However, his forte went well beyond romance, with several of his hit films crossing over into the socio-political territory (always with a romantic subplot, of course). Films such as Naya Daur and Ganga Jamuna embodied the Nehruvian politics of the time, with commentators going as far as calling Kumar “Nehru’s hero”. He represented the new marriage of Indian politics and cinema, where film was to be the vehicle of more than just entertainment.

Christened the ‘King of Tragedy’, Kumar perfectly embodied the fatalistic romantic ideals of early Indian cinema. Starring in romantic tragedies of Shaksperiean proportions such as Devdas, Deedar and Andaz, he played the lovelorn hero on the path of self-destruction like no other. Kumar personified sorrow through his long, drawn-out silences and subtle changes in expression, with his character finding death at the bottom of a bottle or staring down the barrel of a gun in the hands of his lover. His self-sacrificing tragic hero defined an era of Indian masculinity, one more concerned with morality over physical perfection.

Kumar’s characters were the epitome of the Indian political climate at the time. His films such as Naya Daur, which deals with the impact of industrialisation and mechanisation on the rural Indian labourer, attempts to find a middle-ground between Nehru’s romance with the modern and Gandhi’s staunch traditionalism. Lord Meghnad Jagadishchandra Desai, author of the book Nehru’s Hero: Dilip Kumar in the Life of India, details how Naya Daur embodies Nehru’s economic plans and his vision for rural development. Through his characters, Kumar brought the everyday Indian to the forefront. Clad in a dhoti, his portrayals privileged the low-wage labourer. In the film, Kumar plays a tongawala in a village whose residents fear losing their livelihoods to mechanisation. Man triumphs over machine, with a message of responsible industrialisation being sent out to the scores of viewers.

A world without Dilip

As news of the veteran actor’s demise broke out, tributes poured in from across India and Pakistan, united in their grief over the loss of a legend. Prime Minister Imran Khan sent out a Tweet in memory of Kumar. He wrote, “Saddened to learn of Dilip Kumar’s passing,” the premier tweeted. “I can never forget his generosity in giving his time to help raise funds for SKMTH when the project launched. This is the most difficult time – to raise the first 10% of the funds and his appearance in Pakistan and London helped raise huge amounts. Apart from this, for my generation, Dilip Kumar was the greatest and most versatile actor.” Indian Prime Minister Narendra Modi called Kumar “a cinematic legend”. “He was blessed with unparalleled brilliance… His passing away is a loss to our cultural world,” Modi tweeted.

The actor, who was also a recipient of Pakistan’s highest civilian honour, the Nishan-e-Imtiaz, was graced with glowing tributes from all over the Indian and Pakistani film fraternity. Bollywood actor Akshay Kumar took to social media to share, “To the world many others may be heroes. To us actors, he was The Hero.” Actor Ajay Devgan tweeted that Kumar was an “institution, a timeless actor. Heartbroken,” with director Hansal Mehta called him “the greatest”.

Anupam Kher shared an entire video to remember the times he spent with Kumar sahab on his Twitter. “There will always be a part of Dilip Kumar in every Indian actor,” he wrote. While Shahid Kapoor added, “We are nothing but versions of Dilip Kumar.”

Bollywood superstar Amitabh Bachchan tweeted, An institution has gone .. whenever the history of Indian Cinema will be written, it shall always be ‘before Dilip Kumar, and after Dilip Kumar’. My duas for peace of his soul and the strength to the family to bear this loss.

Veteran Pakistani actor Simi Raheel shared on her Instagram, “Dilip Kumar or Yusuf Khan was the first most powerful Khan of Indian cinema. I was a little girl when I went with my grandmother to a cinema in Lahore to watch Devdas. That was my first introduction to Dilip Kumar. I remember being mesmerised by his looks, his presence and his voice. That was when I realised the magic of the silver screen. He was and will remain a giant, a king of #Indiancinema . May Allah grant him Jannnat.