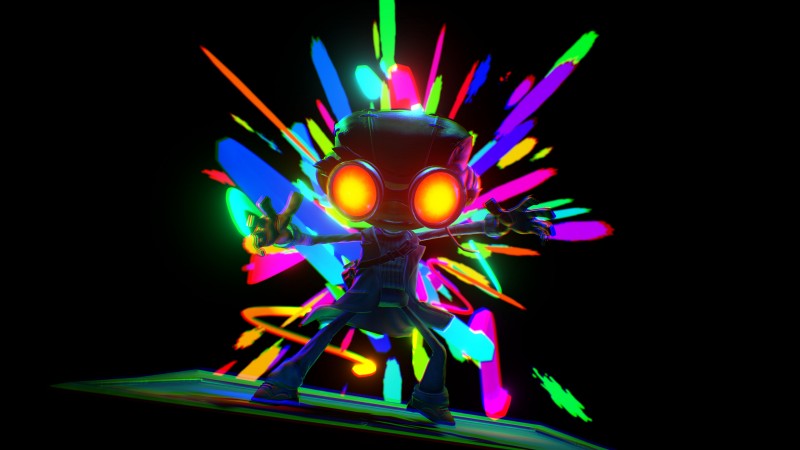 Psychonauts 2 Review – Well Worth The Wait

Over 16 years have passed between Psychonauts games, but not much time has elapsed for protagonist Razputin “Raz” Aquato. His scratchy, high-pitched voice still screams of youthful inexperience, and his actions almost always show an eagerness to learn.

That’s precisely what developer Double Fine Productions has also done over the years. Time has allowed this arthouse studio to hone its platforming craft, sharpen its already hilarious wit, and create a sequel that shows off the tremendous complexity of the human brain and the thrill of unearthing its wonders. Psychonauts 2 invites players to explore colorful dreamscapes that melt into dangerous nightmares and quickly establishes the thought that almost every turn will lead to something unexpected and weird. 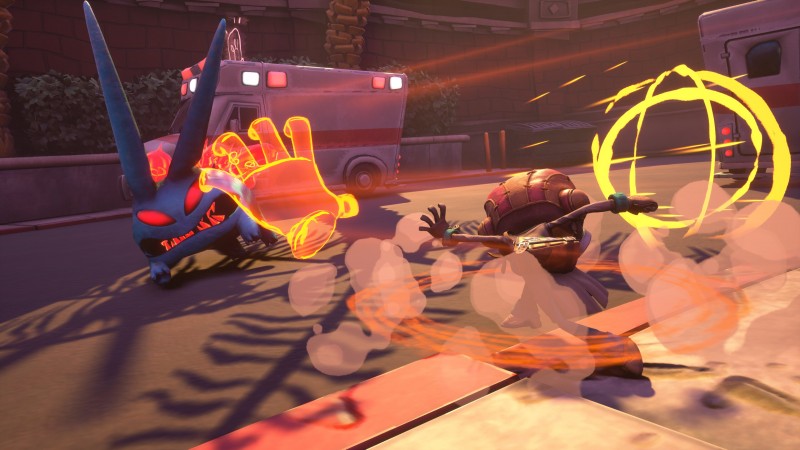 With summer camp behind him, Raz is now a talented intern for the Psychonauts, a psychic spy organization of superbeings that are dealing with a mole within their ranks. Raz wants to be involved in solving this mystery, yet his impulsiveness gets him into trouble early on, and he quickly needs to undo his mistakes. The story roars out of the gate with silly excitement and never slows thanks to clever jokes and a wonderfully realized cast of characters. Their banter is fantastic and usually offers deep insights into their motivations and personalities, especially when Raz is diving through their minds. Some thoughts are disturbing and explore serious mental health issues, but Double Fine handles them with care, often framing them in artistic ways.

Many of the dreamscapes Raz explores will likely elicit an audible “wow” thanks to their visualization and dynamic compositions. Colorful, loud, jagged, and almost always holding a claymation-like aesthetic, these worlds dazzle with their creativity and double as excellent playgrounds for the platforming experience at hand.

Although there’s no shortage of animated story sequences to sit back and watch, Psychonauts 2 is a platformer at heart. Raz, who just happens to be the son of acrobatic parents, follows in their footsteps with a bit more grace and skill. His leaping prowess, and the controls bringing it to life, are improved, but he still isn’t moving with the precision and fluidity of Mario. A little uncertainty and guesswork comes with gauging jump distances and grab points. That said, no platforming sequence is ever as unfairly challenging as the first game’s death-dealing Meat Circus level. Psychonauts 2 consistently delivers solid platforming fun and encourages players to veer off the beaten path to find secret collectibles and upgrades galore. The most enjoyable collectibles to snatch up are the Figments, two-dimensional pieces of art scattered throughout the levels that often push the player to throw caution to the wind.

Raz’s newfound acrobatic status also transitions to combat, where dodge rolling and creating space are paramount. That distance is essential, as he doesn’t have to punch every enemy he comes across, and can now use a wide array of psychic powers to achieve victory from afar. He can start them on fire, riddle them full of holes with psi-blasts, or use other abilities to bring the censors and other enemies to their knees. Combat is vastly improved over the original game but is used sparsely, primarily within short arena-like conflicts or against bosses.

The spotlight isn’t solely on platforming, however. Even those sequences often feel truncated given just how often Double Fine transitions to different gameplay sequences or story moments. The flow works, as it keeps the player off-kilter and unsure of what could happen next. In one moment, I chopped up an adorable bacon character to fry up and feed to a goat puppet, and in another, I was balancing precariously on top of a giant bowling ball. Most of the gameplay sequences are enjoyable and blend nicely with the platforming action. The constant shifting of gameplay types creates a problem in that the player frequently must pause to assign specific abilities to the action buttons. Some of the powers are quite ingenious; one even bringing a wildly different version of Raz into play.

Psychonauts 2 is mainly about Raz’s psychic development but also focuses intently on the life of Ford Cruller, a character who appeared in the first game and is born again in a truly fascinating way. For the sake of spoilers, I won’t go into Ford’s involvement too deeply, but satisfying (and shocking) payoffs come from it, and the worlds he introduces to Raz are alarming in the best possible ways for a gaming experience.

I adored almost every second of Psychonauts 2. It achieves something I don’t often see in games – a continual sense of awe as each of its worlds unfold. It took 16 years to reach release, but Double Fine has delivered an incredible sequel. I hope we get a third installment that doesn’t take nearly as long to create.

Aliens: Fireteam Elite Review – In Space, No One Can Hear You Snore

Madden NFL 22 Review – Short Of The First Down