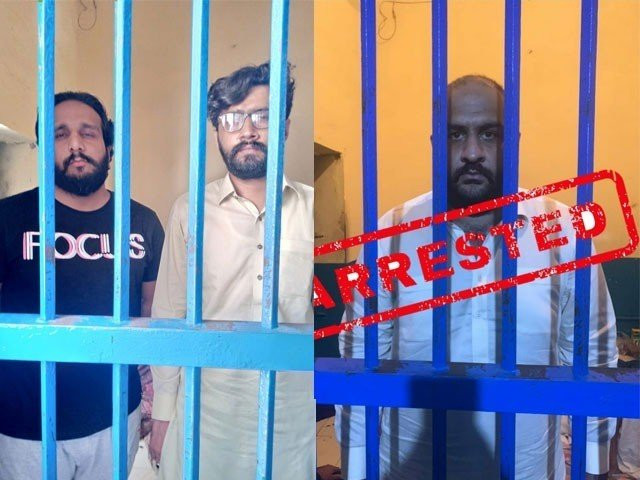 Police arrest accused for horrific assault on couple in Islamabad

The Islamabad Capital Territory Police has arrested the prime accused and his accomplices in a case involving physical and sexual assault on a couple.

The prime accused, identified as Usman Mirza, and his accomplices were taken into custody after the horrific video of the assault went viral on social media. Further legal action has been initiated.

Islamabad Inspector General of Police Qazi Jameel-ur-Rehman immediately ordered SSP operations to arrest the culprit as soon as the video, in which the Mirza was also seen verbally abusing the boy, surfaced.

“A case has been registered against the accused whereas further legal action has also been initiated against them,” a police official said.

According to the FIR registered at Gorla police station on the complaint of a sub-inspector, the incident took place in Sector E-11/2.

The suspects were booked under Section 506 (criminal intimidation), Section 341 (punishment for wrongful restraint), and Section 509 (sexual harassment) of the Pakistan Penal Code.

Deputy Commissioner Hamza Shafqaat also confirmed the arrest of the accused. He requested social media users to refrain from sharing the disturbing video and to delete it.

In an earlier tweet, the DC said the video of the incident is a “few months old”.