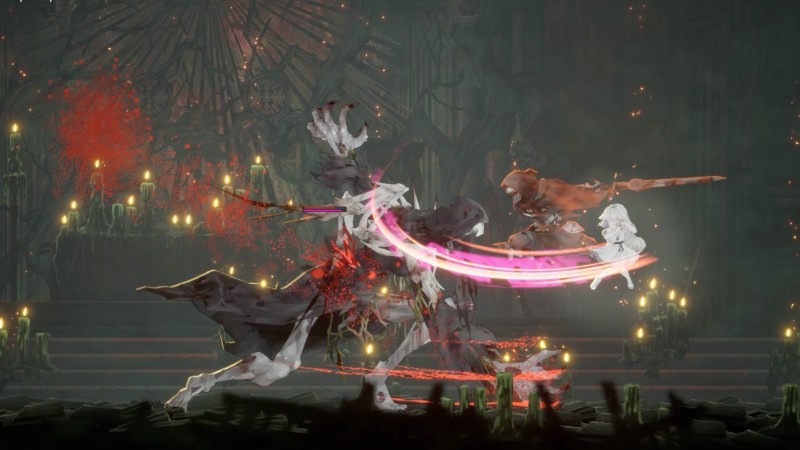 Ender Lilies: Quietus of the Knights Review – Slaying In The Rain


Ender Lilies: Quietus of the Knights ticks all the boxes of a respectable Metroidvania. It delivers a colossal labyrinth that’s fun to explore, and you find cool new abilities to open inaccessible areas all while leveling up and enhancing your character with powers and equipment. I’m a sucker for the genre, so that bare minimum is usually enough to get me on board no matter how many games enter the space. But as I traversed Ender Lilies’ beautifully realized gothic kingdom, I found its challenging yet entertaining combat and myriad secrets helped set it a cut above several of its contemporaries. Ender Lilies likely won’t rope in anyone burned out on this style of game, but those looking to scratch that familiar itch will find plenty to love here.

Lily is a young priestess who awakens to find her home of Land’s End in absolute ruin. A shower called the “Rain of Death” has not only devastated the land, but it has also transformed its citizens into undead abominations called the Blighted. Lily alone possesses the power to cleanse the afflicted of this disease, but she isn’t a trained fighter. Enter the Umbral Knight, an immortal protector who serves as Lily’s sword and guide. 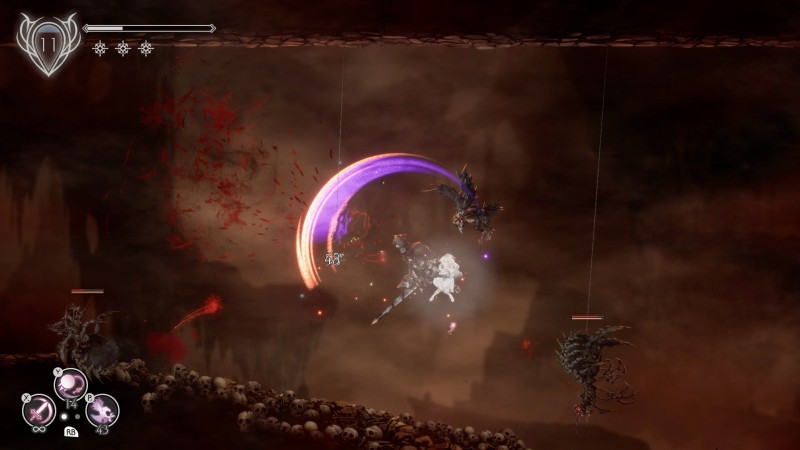 Whenever Lilly attacks, she summons the Knight, who eviscerates foes with simple yet satisfying hack n’ slash moves that can be upgraded to hit harder and perform longer combos. These attacks look slick, and watching the Knight handle the dirty work while Lily sheepishly cowers in the background is an endearing bonus. Lily’s roster of guardian spirits grows as she seeks out other cursed souls and engages them in exciting, white-knuckle boss battles. After defeating these monsters, Lily gains vital abilities used to access new areas of the map. These powers are nothing new if you’ve played enough of these types of games. Expect a double-jump, speed dash, and wall jump, for example. But I was always excited to gain more mobility and unlock access to a new area, thanks in part to the plethora of fun optional minibosses hiding within each zone.

Smaller foes – from disease-ridden mages to undead paladins – may be weaker than the critical path bosses, but defeating these enemies often rewards Lily with powerful new attacks that can turn the tide in your favor. I love conjuring a powerful whirlwind to blow back enemies or summoning a fireball-shooting bird for a handy assist. These powers are invaluable because Ender Lilies is no joke in the difficulty department. Though the challenge is more entertaining than oppressive, the game demands an above-average level of finesse as even the most basic enemies can quickly annihilate lackadaisical players, and you’ll soon learn that you’re better off when you have more powers at your disposal. Some abilities are simply better tailored for certain enemies. For example, I found suffocating sluggish foes with a toxic cloud before they could reach me a great tactic. 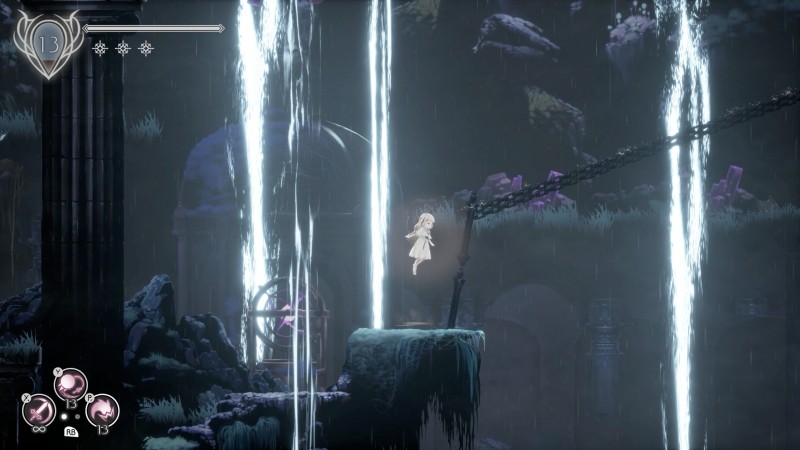 Although you can beat any foe using any of your attacks, Ender Lilies rewards players who experiment with loadouts, and I enjoyed testing different strategies and reaping the results. Combining attacks works well too. It feels slick summoning a brute to launch foes skyward with his powerful downward strike, then impaling them in midair with a volley of arrows courtesy of a fallen archer. You can only equip a limited number of abilities and equipment, however, and it’s mildly annoying that you can only edit your loadout in save rooms. The excitement of gaining a new power diminishes when you have to drop everything to trek back to the nearest checkpoint. Despite this, acquiring as many tools in my belt as possible became a powerful motivator to search room after terror-filled room.

The map is a gigantic network of rooms that had me gleefully rubbing my hands in anticipation for each new expedition. Ender Lilies is divided into gorgeous, visually distinct biomes, from an underground laboratory run by mages to a fairytale-like forest. I had fun exploring most of these areas, save for one poison-filled swamp that was more stress-inducing than entertaining. A fantastic musical piece for each area further sets them apart; I looked forward to revisiting several zones just to hear my favorite songs again. 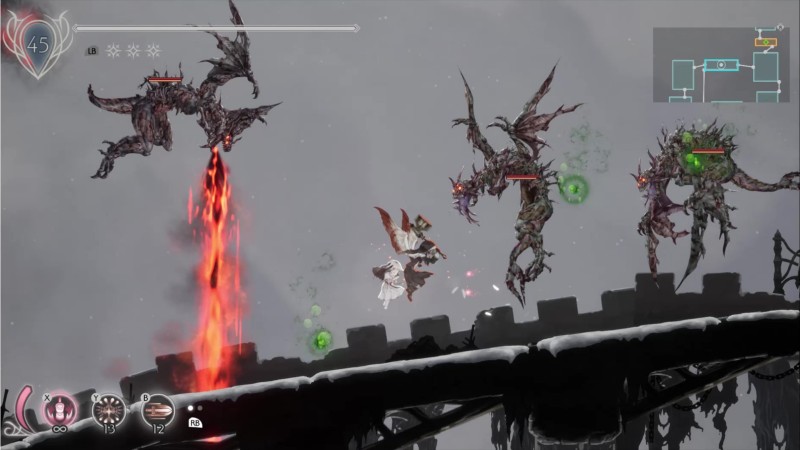 Clearing a map of its secrets is one of the most appealing elements of the genre, and Ender Lilies litters its areas with enticing treasures to uncover. I was engrossed with finding worthwhile upgrades such as extra weapons slots, permanent health boosts, and blessings that improved the potency of my healing ability. Rooms also hide genuinely interesting notes and diary entries that flesh out the world while detailing the individual tragedies of its ill-fated occupants. Best of all, Ender Lilies’ color-coded map clearly communicates when you’ve emptied a room of its goodies, so you know exactly when to move on. That said, some items are a little too hidden and require an annoying degree of tiptoeing to see that faint white glow over a spot you walked over numerous times before.

Ender Lilies doesn’t revolutionize Metroid’s decades-old template, but that’s okay. It’s a well-made experience, and I had a great time pouring over two dozen hours into this adventure. The presentation rocks, the action is more rewarding than punishing, and its gothic world and lore are alluring. Ender Lilies is a great meat and potatoes experience, demonstrating that simply executing a familiar formula at a high level can be just as welcomed as reinventing the wheel.