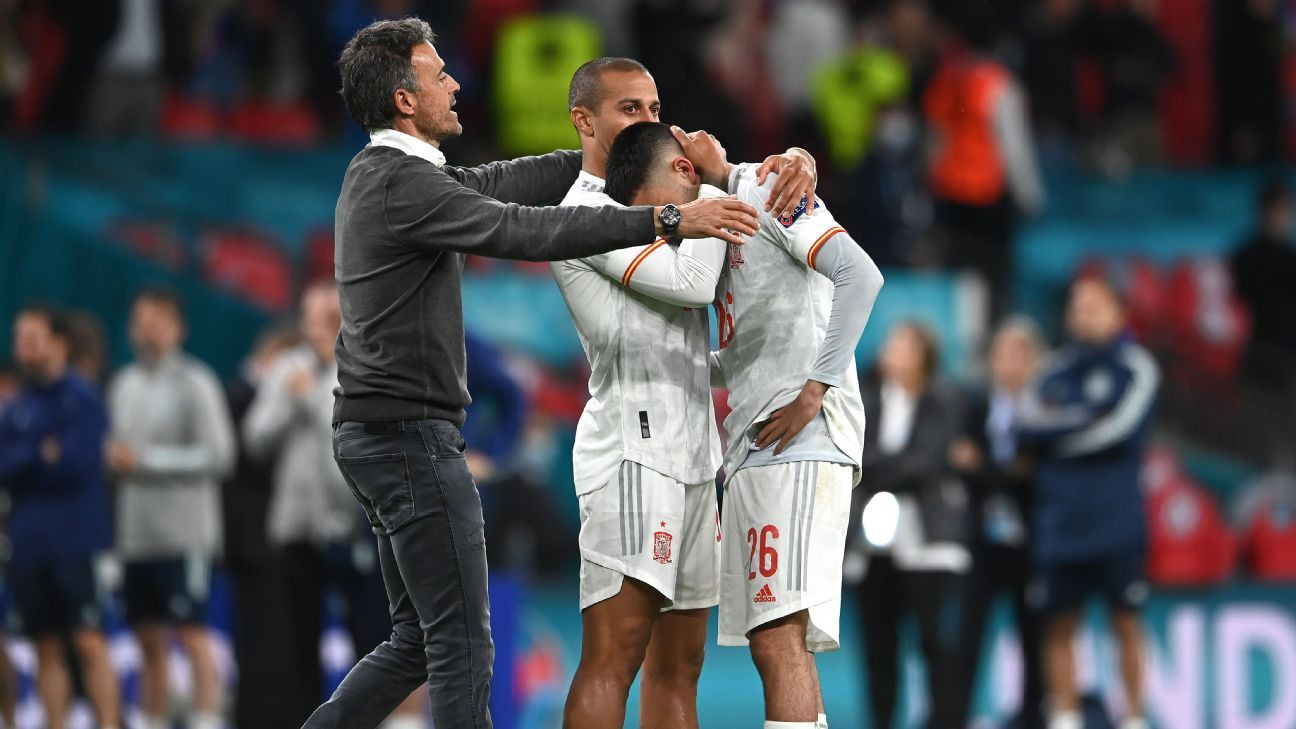 Spain captain Sergio Busquets said the team will return stronger after gaining vital experience during their run to the Euro 2020 semi-finals, despite losing on penalties to Italy on Tuesday.

“It’s a shame, we would’ve have liked for our tournament not to end today but that’s football,” Busquets told Radio Marca.

“The team was very good, we were the better team for almost the whole match. We can be proud, I feel pride for my team-mates. Everyone was making Italy favourites, but we showed we’re better.”

Alvaro Morata came off the bench to equalise late on for Spain at Wembley and cancel out Federico Chiesa’s opening goal on the hour.

But Morata and Dani Olmo missed in the shoot-out after the match finished 1-1 following extra time, with Italy advancing to the final 4-2 on penalties.

“With lots of young players it will serve to give them confidence. This team will be back,” said Busquets.

“On the whole I believe we were better, but football is like that and we have to congratulate them (Italy). There’s still a year and a half to go until the World Cup, but we’re on the right track.”

Busquets, now 32, was the only current squad member to play at the 2010 World Cup, where Spain beat the Netherlands in the final.

The Barcelona midfielder refused to be drawn on his international future.